Residents Speak Out about Grand Junction

As many of you know, the state’s potential expansion of commuter rail service from Worcester to North Station via the Grand Junction Railroad has raised a large amount of concern in our community. I share many of the same worries that my neighbors have expressed about the potential impact of more trains coming through East Cambridge and East Somerville. While it appears that expanded use of the Grand Junction Railroad could bring additional noise, pollution, traffic, and safety problems with it, it is not clear whether the proposed expansion would bring any added benefit to the community.

With that said, I am very pleased to see that so many members of our neighborhood have spoken out about this. It sends a strong message that the residents of Cambridge and Somerville are engaged, informed, and ready to take a stand on the important issues that will directly effect their community and quality of life. 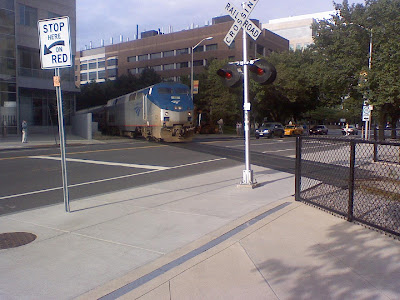 Two East Cambridge residents, Jai Chawla and Peter Zaroulis, have developed web-based software that they have used to create an online petition for residents to sign, comment on, and view. The petition can be accessed at petition.paperwork.pro.

In addition to Jai and Peter’s electronic petition, residents have collected dozens signatures from their neighbors on old-fashioned paper petitions, have written letters, made phone calls, and attended meetings. Thank you to everyone who has reached out with your concerns and ideas about this issue in any way.

Representing the interests of East Cambridge and East Somerville residents in this process is a top priority of mine, and I have been in close contact with senior Department of Transportation officials since the State’s initial purchase of Grand Junction. Please don’t hesitate to get in touch with me or my office (617-722-2380) if you wish to voice your concerns about this project, or if you have questions that you would like answered.