On Wednesday, December 15th, Massachusetts Department of Transportation officials hosted a meeting at the Brickbottom Artist Building to discuss the state’s recent purchase of the Grand Junction tract of railroad. The meeting, which was well attended by residents of the Brickbottom Artist Building and the surrounding community, served as a forum for residents to voice their concerns about potential increases in usage of the Grand Junction Railroad by MBTA Commuter Rail trains.

For those not familiar, Grand Junction Railroad is an 8.5 mile long stretch of rail that runs from Boston, over the Charles via a rail bridge that runs under the BU Bridge, through MIT’s campus to East Cambridge, East Somerville, Chelsea, and finally East Boston. Along this route, trains make a number of crossings at street level, including crossings at Mass Ave, Main Street, Broadway, Cambridge Street, and Medford Street. Prior to its purchase by the State this summer, it was owned by CSX Transportation. Grand Junction is currently used by freight trains servicing the Chelsea Produce Market, and by trains being transferred for maintenance by the MBTA and Amtrak. 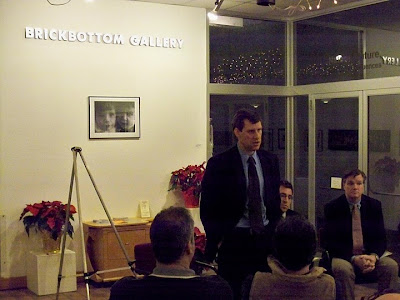 The state’s purchase of Grand Junction Railroad opens up the possibility of the line being used for proposed commuter rail service between North Station and Worcester. I share the concerns that many members of our community have expressed about the impact increased rail traffic could have for East Cambridge and East Somerville, and I cannot support any project that will have drastic negative impacts for my constituents. I see potential safety, environmental, and quality of life issues arising from this proposal, and it is very important to me that these concerns are addressed before the future of this project is discussed any further.

With any public transportation project, our number one concern should always be safety. Although I strongly believe that the Massachusetts Department of Transportation is committed to the safety of drivers, pedestrians, passengers, and employees in the planning, construction, and maintenance of all of its projects, I am nevertheless concerned about trains moving at faster speeds through Cambridge and Somerville while using Grand Junction Railroad. In anticipation of increased rail traffic on Grand Junction, improvements will be made to the tracks and intersections that will permit trains to travel at increased speeds. I believe that this will create an increased risk to pedestrians and motorists at the busy Cambridge Street and Broadway rail crossings. 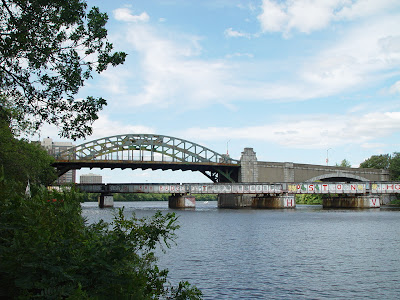 Additionally, I am concerned that expanded use of the Grand Junction Railroad will bring new problems to densely populated areas in Cambridge and Somerville. Train noise, reduced air quality from diesel train engines, and increased congestion at crossings all negatively impact the quality of life for residents of the surrounding neighborhoods. Should MassDOT move forward with this proposal, I believe that an environmental review should be undertaken to ensure that quality of life impacts are mitigated and that the well-being of our neighborhoods and our environment are protected. Residents should have a chance to comment about what kind of projects are undertaken in their communities, and I believe that environmental review offers a necessary opportunity for the public to have a voice in the planning of public projects.

My staff and I are closely monitoring this project, and I have been in touch with both senior administration officials to discuss my concerns about using the Grand Junction Railroad to expand commuter rail service. The meeting on December 15th was one of a series of meetings that will be held regarding Grand Junction, so please check back for the dates of upcoming events. The next meeting about Grand Junction will be held by the East Cambridge Planning Team at East End House on Wednesday, January 19th at 7:30 PM.

I invite you to contact my office if you have comments or questions about this issue by phone (617-722-2380) or by email (timothy DOT toomey AT mahouse DOT gov). I am committed to making your voice heard at what is a pivotal time for this project’s future.