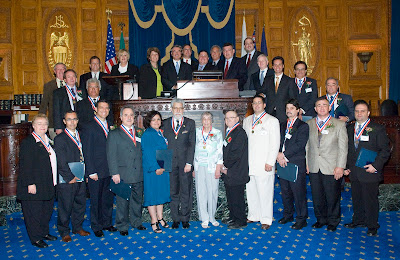 Recipients of the Portuguese Heritage Award were honored in the House Chamber.

Each year I have the great honor of recognizing an individual member of the Portuguese community in Cambridge and Somerville who has enriched the lives of those around them. This year was certainly no exception. It was with great pride that this year I nominated the Executive Director of the Massachusetts Alliance of Portuguese Speakers (MAPS), Paulo R. Pinto, for the Portuguese Heritage Award.

Paulo is a native of Portugal, and was raised in Mozambique. He immigrated to the United States in 1980 and has spent his career working on behalf of the Portuguese community in the health and social service fields. Before joining the MAPS in 1994, Paulo served as Executive Director of the Immigrants Assistance Center, Inc. of New Bedford for four years. Paulo also coordinated the Governor’s Urban Teen Service Corps and Youth Council for the Center for Health and Human Services in New Bedford.

Paulo began his career at MAPS as Program Administrator for Disease Prevention in 1994, and then moved up to Deputy Executive Director in late 1995. In 2000, he was appointed to the position of Executive Director of MAPS by the organization’s board of directors. For the last 10 years, Paulo has led the organization with the vision of improving the lives of the Portuguese-speaking residents of Massachusetts. MAPS helps members of Portuguese-speaking communities become active participants in American society while maintaining a strong cultural identity. MAPS also seeks to increase the Portuguese-speaking community’s access to essential services, such as health and education, through advocacy and outreach. 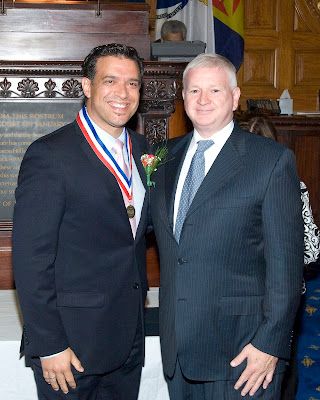 Paulo Pinto is a shining example of an individual who understands what it means to be an effective advocate. His service to our community’s Portuguese-speaking immigrants has been essential in building a thriving and engaged Portuguese community in Cambridge and Somerville, and it was an honor to have had the opportunity to recognize him.