East Somerville Main Streets celebrated its third birthday with a big bash and a big crowd at Cafe Belo on Washington St. across from Buddy’s Diner. ESMS has come a long way in three short years, to the benefit of the entire area. The group has worked tirelessly to connect the residents with municipal government, state government, local businesses, and each other. True to form, this birthday bash connected residents, businesses, law enforcement, and elected officials over good food and good conversation. 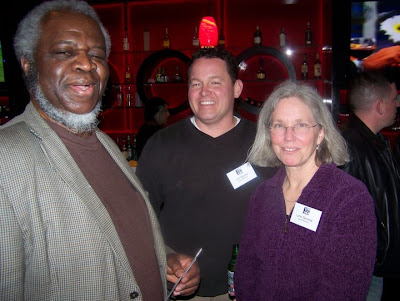 ESMS wasn’t the only birthday: lifelong Somerville resident and dedicated volunteer Fred Caruso also celebrated his 79th birthday. Ward 1 Alderman Bill Roche, and Aldermen-At-Large Dennis Sullivan, Bill White, and Jack Connolly were on hand to celebrate the evening and to present the “Mayor of East Somerville” with a resolution from the Board recognizing his hard work and dedication to East Somerville. Fred has been a great friend to me and to all of East Somerville over the years, and it was touching to see how humbly and graciously he received recognition from the Aldermen and from the crowd. 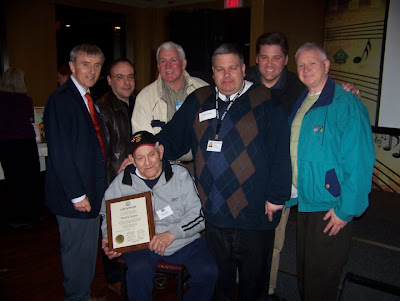 Some of the highlights of the evening:

* Volunteers from the ESMS committees for some of the most popular community events in Somerville spoke on behalf of the work their committees have organized, including Renee Polcaro on First Tuesdays Neighborhood Afterhours, Matthew Martino on International Movie Nights, Christian Waeber on Cleanup Day, and Laura Vivenzio on the Savoring East Somerville Cookbook and Neighborhood Guide. 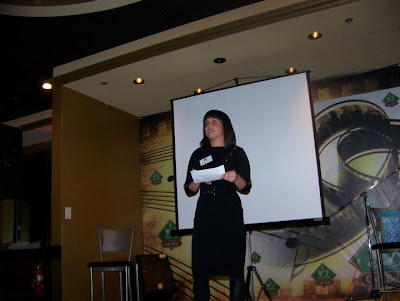 * A presentation from ESMS member Eric Barry on the first ever ESMS survey, commissioned to provide a snapshot of the neighborhood’s visitors and residents as a starting point for the group’s work. A followup will be done in ten years to provide insight into how the neighborhood has changed and gauge how closely ESMS goals have been met. 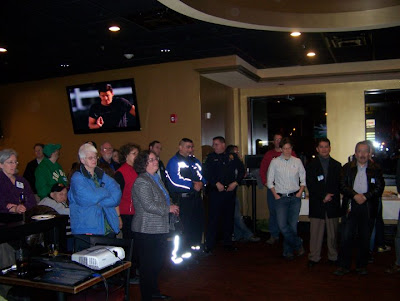 The assembled crowd of local residents, elected officials, business owners, and law enforcement watched on as the presenters described the ESMS projects.

* Acting police chief Michael Cabral spoke about the neighborhood policing efforts the police force has undertaken, especially since the introdcution of the East Somerville police substation. 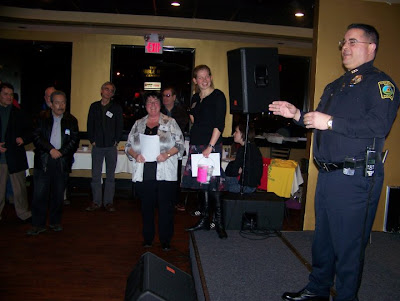 * State Senator Patricia Jehlen spoke on the long history of neighborhood involvement and the successes she has seen over the years living in and representing Somerville. 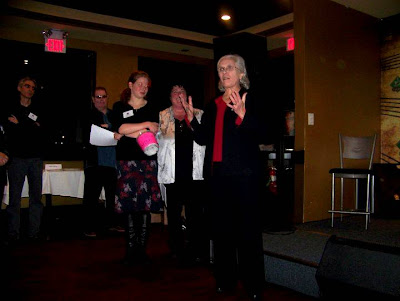 * Monica Lamboy from the Office of Strategic Planning and Community Development in Somerville spoke on behalf of Mayor Curtatone to describe some of the big changes coming soon, including upcoming construction on Washington St. and Assembly Sq.

* Dorie Clark, an East Somerville resident and communications expert, is stepping down this year as Vice President of the ESMS Board and was honored for her work. President Susan Fontano and Executive Director Carrie Dancy described how valuable she has been helping them get ESMS up and running. 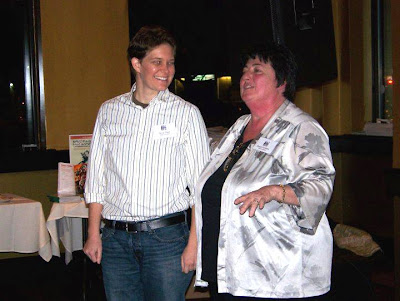 From the size of the crowd and the energy of the people, it is clear the ESMS staff, board, volunteers, and neighbors have done a lot of groundwork to bring the organization to where it is now. East Somerville Main Streets has done excellent work engaging, connecting, and bringing out the best from the people of East Somerville.