A Visit with SPELL Students at the Argenziano School

I had the pleasure of visiting with two groups of students involved in the Summer Program for English Language Learners (SPELL) at the Argenziano school in Somerville. 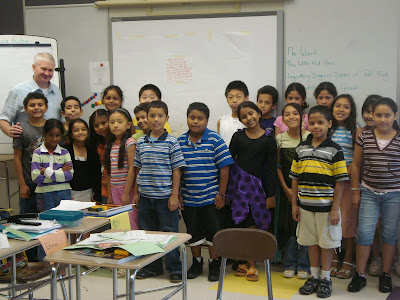 The first was a group of rising third and fourth graders who had lots of great ideas about how to improve our state and their schools. Among some of the more enticing ideas were a Massachusetts state-wide pizza day, and a swimming pool for every classroom. The students all showed great interest in how our state makes rules, and I wouldn’t be too surprised to see one or two of those faces down the line in the next generation of this state’s political leaders. 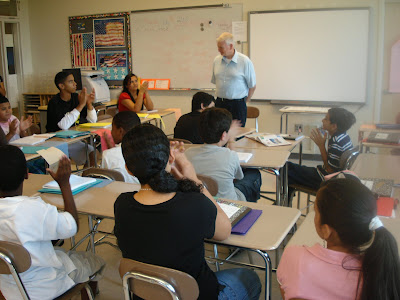 The second was a group of rising eighth graders, mostly from East Somerville. They had all prepared questions for the visit, and were not shy about going right to the important issues–the first question I was asked is if I would ever like to be Governor. Although I was flattered by the question, I told the class that I’ve had my current job for nearly twenty years. I love the job I have and district that I represent, and I wouldn’t want to do anything else.